Popular Google Doodle Games, as everyone has probably noticed by now, is a series of throwback games published by Google. This initiative by Google that started on April 27 is an attempt to keep people entertained while they are confined to their homes during the coronavirus lockdown. In essence, Google wants people to ‘Stay and Play at Home with Popular Past Google Doodles’. On Thursday, Google has published a new game in the series called Hip Hop. The game was first published in 2017 to celebrate the 44th anniversary of the birth of Hip Hop. 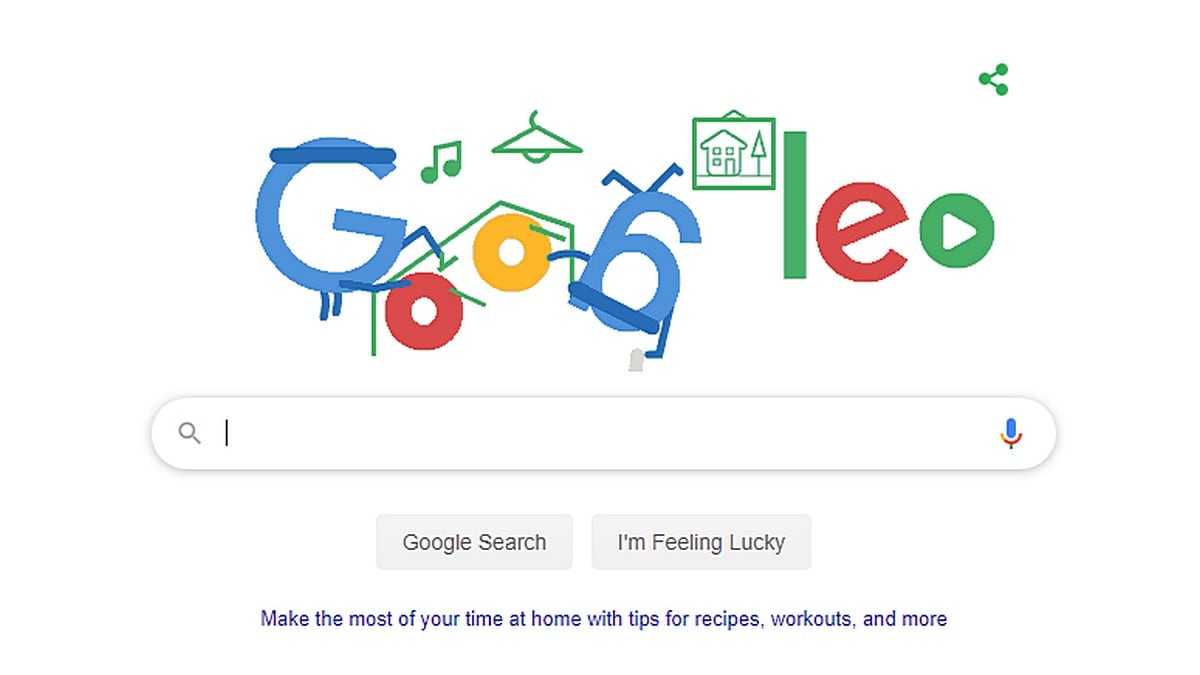 As is tradition with Google Doodles, the Hip Hop game for Thursday, May 7, brings a neat animation to the Google banner. The first ‘G’ is using the two ‘O’s as a turntable while the next ‘g’ is showing off some cool break dance moves. Hovering over the banner shows you the theme of this initiative – Stay and Play at Home with Popular Past Google Doodles: Hip Hop (2017).

Just like the past doodles, simply click on the doodle if you want to play the game and it will show you results for ‘popular Google Doodle games’ and the first result will be the game itself with a ‘Play’ button. Click on the ‘Play’ button and you’ll see a quick intro to the game as well as a brief tutorial on how it works. Once done, you will be able to use the two turntables to create music. Select a beat, scratch, crossfade, and control the beats per minute (BPM) to become a DJ. 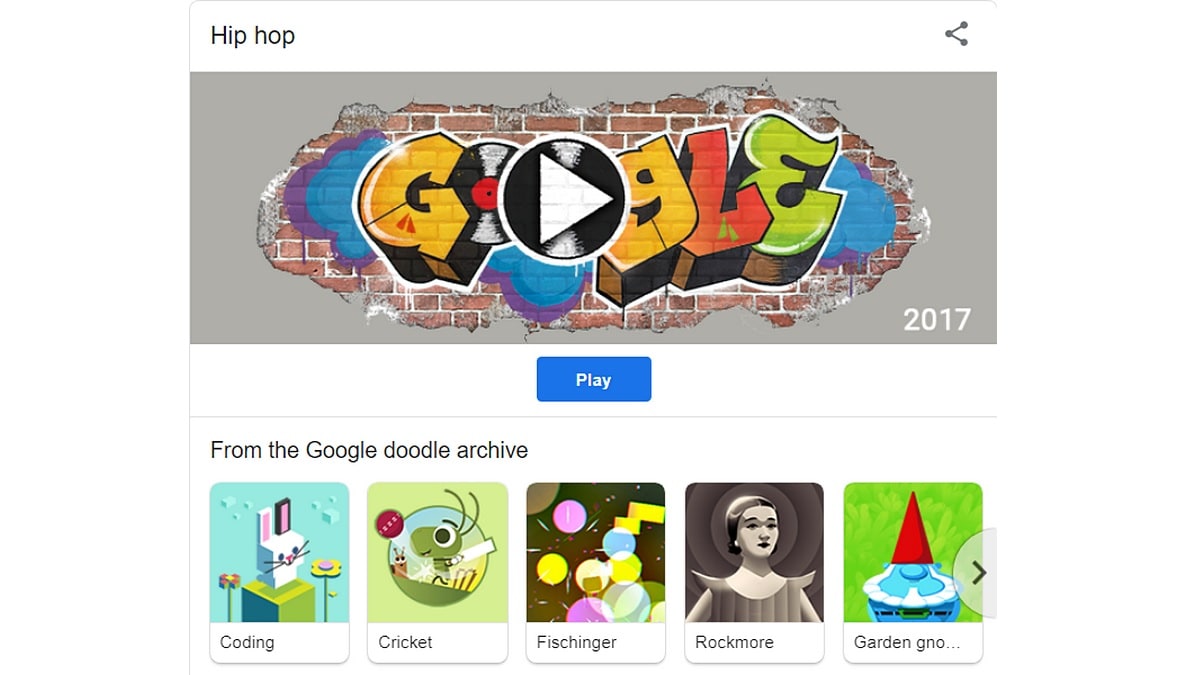 The search results page containing the Hip Hop Google doodle game shows all the games released so far (as seen above), in a ‘From the Google doodle archive’ carousel. Till now, the Google Doodles that have been published include Coding for Carrots, Cricket, Fischinger, Rockmore, Garden Gnomes, Scoville, Loteria, Halloween, and the latest one, Hip Hop. There is one more Google Doodle to go which should complete the series of interactive doodles.

History of the Google Doodle Hip Hop game, and its reach

The Hip Hop doodle game was first published in 2017 to celebrate the 44th anniversary of the birth of Hip Hop. It started in 1973 when a Jamaican-American DJ named Kool Herc threw a back-to-school jam in the Bronx, New York. His friend Coke La Rock took a microphone and started hyping up the crowd and this how Hip Hop was born. 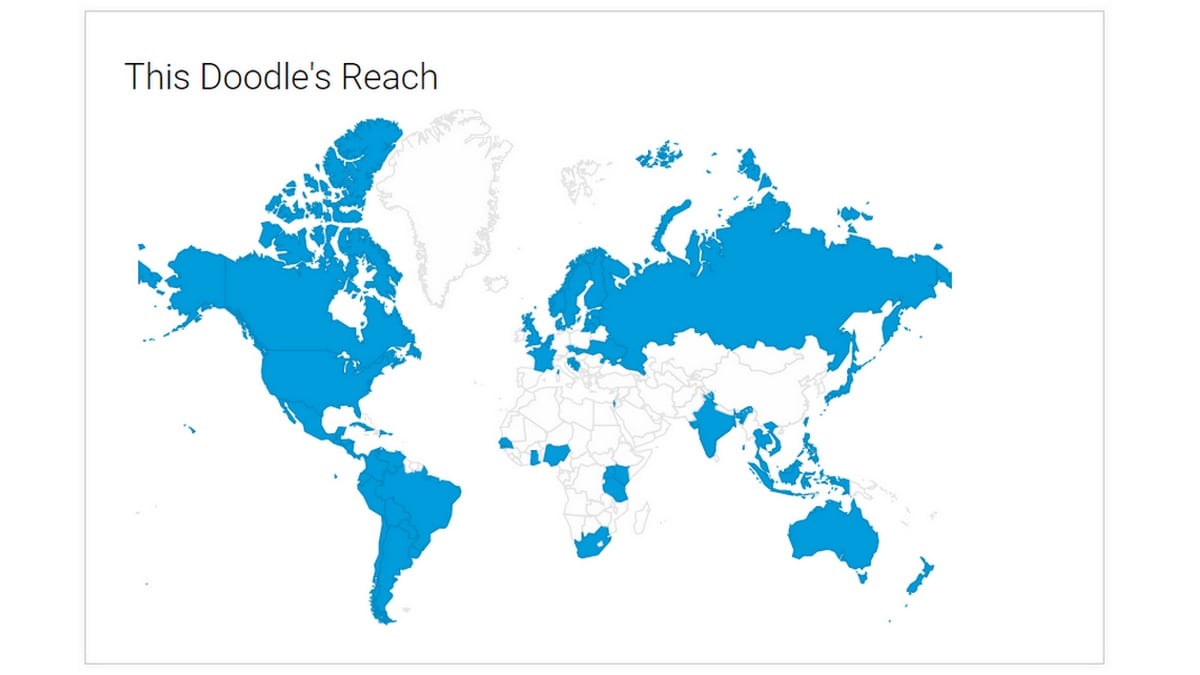 This series by Google started on April 27 with the game Coding for Carrots. It is a two week long campaign with a total of 10 interactive Google Doodles, out of which 9 have been revealed with the Hip Hop game being the latest one. Friday will be the last doodle in the series. The Google Doodle for May 6 was dedicated to Halloween.

Google wants to promote gaming while staying indoors. As countries across the globe are on lockdown owing to the coronavirus pandemic, the search giant aims to provide some entertainment to people in these trying times.