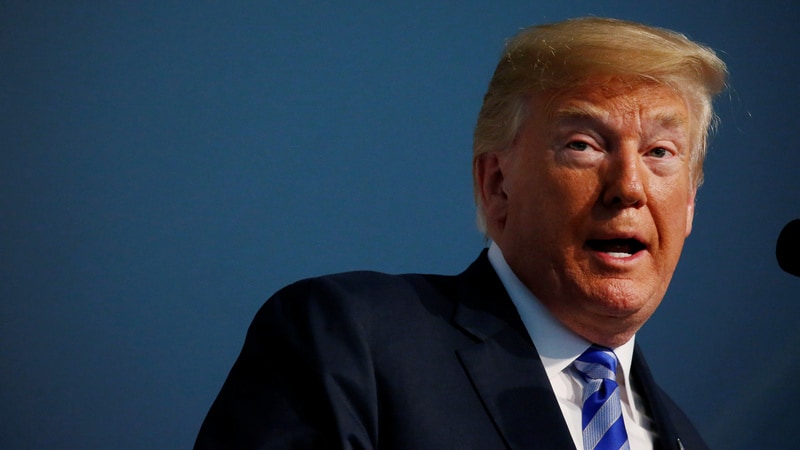 The federal government is continuing to study Silicon Valley giants for potential violations of antitrust law, according to President Donald Trump, in his latest criticism of the embattled tech industry.

“I am in charge,” he said in an interview with Axios that aired Sunday on HBO. “I am definitely in charge, and we are certainly looking at it.”

Asked by Axios to clarify which companies the Trump administration is considering, Trump said: “All three” – referring to Amazon.com, Facebook, and Google.

For months, the government has been looking into whether the nation’s antitrust laws could be brought to bear against tech platforms.

Trump claimed in the interview that a previous administration had considered breaking up key players in the tech industry. But while the Federal Trade Commission had investigated Google during the Obama administration over how the company displayed its search results, the agency concluded there was no antitrust violation – and did not weigh a break-up.

Some, such as Sen. Orrin Hatch, R-Utah, have called on the FTC to reopen its probe into Google.

In September, the Justice Department held a meeting with state attorneys general to discuss whether any conduct by the tech companies could have violated antitrust law. State officials have now taken up the banner, opening the door to a multi-state inquiry. But those discussions are still in their early stages.

Trump’s own antitrust chief at the Justice Department, Makan Delrahim, has questioned whether there is enough economic evidence to prove that the tech companies are harming competition or innovation.

And the Federal Trade Commission has held a series of hearings this fall on the matter, though experts speaking at the conference are largely divided as to whether tech platforms pose an antitrust problem.

The European Union has proved more aggressive than US regulators. In recent months, European antitrust officials have slapped Google with a $5 billion (roughly Rs. 38,000 crores) fine for marketing its own apps in an allegedly anticompetitive fashion, prompting Google to stop bundling its browser and search engine with the Google Play store in Europe. The EU’s competition regulator has also targeted Apple for alleged tax evasion and Facebook for providing “misleading” information about its deal to purchase WhatsApp.