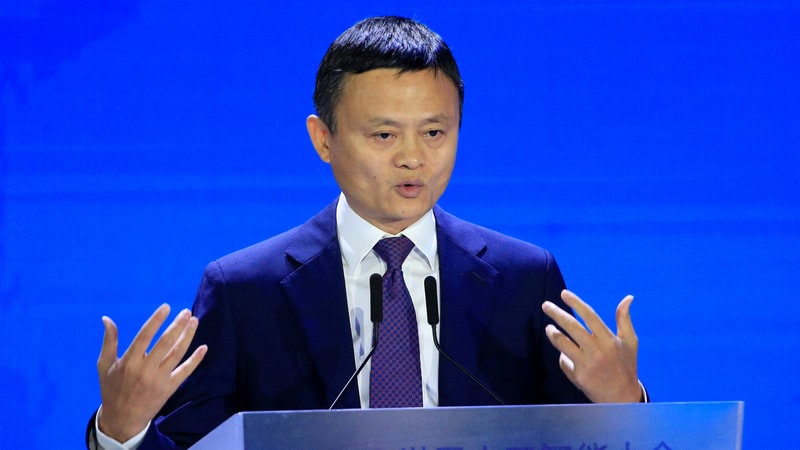 Alibaba founder Jack Ma said his ambitious pledge to create one million jobs in the US had been scuppered by the trade row between Beijing and Washington, Chinese state news reported Thursday.

But Ma told official news agency Xinhua his vow had been made on the basis of continued cooperation and trade growth between the US and China, and would now be difficult to fulfill.

“The current state of affairs has already destroyed the premise the promise was made on,” Ma said in an interview on Tuesday.

“There is no way to fulfill the promise, but we will not stop our hard work to promote the healthy development of China-US trade.”

Ma’s bold promise following his January 2017 meeting at Trump Tower was greeted with scepticism by analysts at the time, who said the move was more about good PR than substance.

One million jobs would be close to one percent of all jobs in the United States – meaning that successfully delivering would make Alibaba one of the country’s largest private employers.

Ma in April doubled down on his pledge, claiming 10 million jobs could be created “if China and the US maintain good trade relations”.

But the dispute between the world’s top two economies has swiftly escalated since Trump took office, with a series of tit-for-tat tariffs imposed on billions of dollars’ worth of goods by both countries.

This week Trump said he would press ahead with 10 percent levies on $200 billion of imports – on top of $50 billion already targeted – prompting Beijing to target another $60 billion of US goods with five to 10 percent taxes.

Ma pointed to business opportunities in other regions such as Europe, South America, Russia and Africa, Xinhua said.

“There are still many things that Chinese companies should and can do. They still have many opportunities despite the trade frictions between China and the US,” Ma said.

“Trade is not a weapon and cannot be used for wars,” he added. “Trade should be the propeller of peace.”

Ma announced this month he would step down as head of the pioneering Chinese e-commerce giant next year, handing over to CEO and anointed successor Daniel Zhang.

He has expressed a desire to follow in the philanthropic footsteps of Microsoft founder Bill Gates.

“I’m just 54, and I still have at least 16 years to do something new,” Ma told Xinhua. “It’s exciting to have more than a dozen years to take on a new career.”