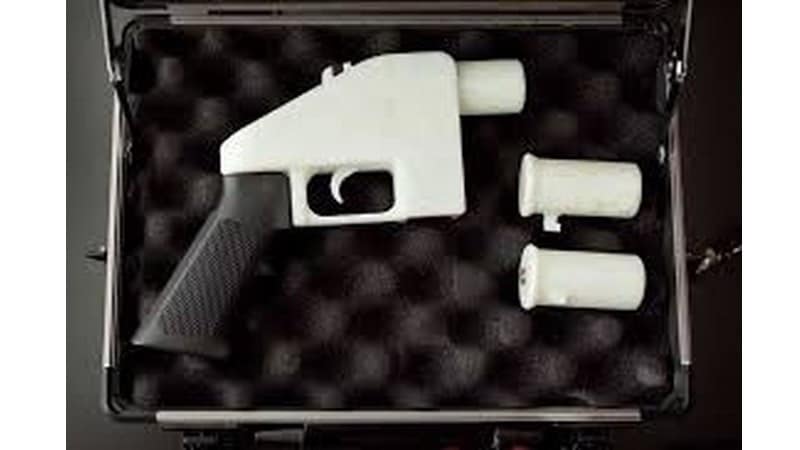 A US judge extended a ban on publishing blueprints for 3D printed guns online, handing a procedural victory to states and gun-control groups that argue the practice will make it easy for criminals and terrorists to get their hands on untraceable firearms.

The injunction against Austin, Texas-based Defense Distributed was issued Monday by US District Judge Robert Lasnik in Seattle, where 19 states and Washington, DC, sued to block it from making technical plans for an array of guns available globally on the internet with the government’s blessing. The injunction will remain in place until the suit is resolved.

Trump said in July that allowing unfettered public access to instructions for making guns with 3D printers doesn’t “seem to make much sense” but hasn’t fought to stop it.

In Monday’s ruling, Lasnik criticized the government’s argument that the states won’t be harmed by publication of the blueprints because the federal government is committed to battling undetectable firearms. The “very purpose” of Defense Distributed’s plan is to “arm every citizen outside of the government’s traditional control mechanisms,” the judge said.

“It is the untraceable and undetectable nature of these small firearms that poses a unique danger,” Lasnik said. “Promising to detect the undetectable while at the same time removing a significant regulatory hurdle to the proliferation of these weapons — both domestically and internationally — rings hollow and in no way ameliorates, much less avoids, the harms that are likely to befall the states if an injunction is not issued.”

Josh Blackman, a lawyer for Defense Distributed, said the company is reviewing the decision and considering all its options.

The ruling was hailed by New York Attorney General Barbara Underwood in a statement on Twitter.

Avery Gardiner, co-president of the Brady Campaign to Prevent Gun Violence, said the decision is “an unqualified success for the American public and, indeed, the global community.

“3D-printed guns represent a supreme threat to our safety and security, and we are grateful that Judge Lasnik recognized it as such,” Gardiner said in a statement.

The Trump administration once appeared to back Obama’s stance. In April, the US urged dismissal of the company’s lawsuit, highlighting the “potentially devastating” implications of online gun designs getting into the hands of terrorists, according to the Brady Center.

Weeks later, the government offered a settlement which gave the plaintiffs “everything they asked for, and more,” the Brady Center said. The US agreed to pay the company almost $40,000, a court filing shows.

“I’m glad we put a stop to this dangerous policy,” Washington State Attorney General Bob Ferguson said in an emailed statement. “But I have to ask a simple question: Why is the Trump Administration working so hard to allow these untraceable, undetectable, 3D-printed guns to be available to domestic abusers, felons and terrorists?”

The State Department, which struck the deal with Defense Distributed, is also named in the suit. The US changed the regulation after deciding firearms up to .50 calibre “would not provide a military advantage to adversaries and therefore no longer warrant export control,” according to the ruling.

The US’s argument that the federal government is limited in the matter to exports while the states’ concerns are “purely domestic,” according to Monday’s ruling.

“Defendants’ argument is so myopic and restrictive as to be unreasonable,” Lasnik said. “Whatever defendants’ statutory authority, the fact is that the internet is both domestic and international.”