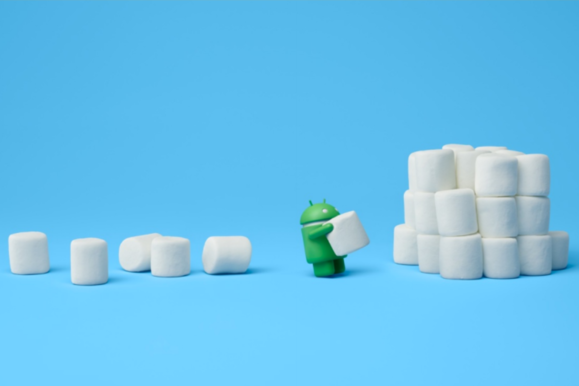 The factory images are live for the Nexus 6P, 5X, 6, 5, and Wi-Fi/LTE models of the 2013 Nexus 7. If you decide to flash the software yourself, keep in mind this will wipe your current build and start your device from scratch. Otherwise, you can just wait for an over-the-air update, which should hit your device in the next few days.

The new emojis means you’re finally caught up with your iPhone-using friends, with newly-added creations like the taco and champagne bottle that came aboard with Unicode 8.0.

Surprisingly, Google opted to tweak the navigation bar on tablets: the back and home buttons are now moved over to the left with the overview button on the right, according to Ars Technica. This is kind of a blast from the past, as that’s where Google stuck those buttons when it first rolled out a tablet interface with Honeycomb.

Another nice change is the return of the “until next alarm” option in the “do not disturb” mode. With this, you can tell your device not to bother you until your new scheduled alarm instead of choosing a custom time.

This new release also brings the December security update, so you’ll be well-protected against all those pesky Android vulnerabilities out there.

Why this matters: The alarm tweaks and new emojis are definitely welcome, and offer another sign of how Nexus devices separate themselves from the rest of the field for those who want the latest and greatest from Google. We’ll have to play with the new tablet interface a little to see if this is a positive change. It could be easier to hit the buttons with your thumbs, but it’s going to take rewiring some muscle memory.